The debate as to whether fluctuations in money help predict future fluctuations in in income has stood at the heart of the Monetarist and Keynesian debates as eloquently described by Friedman and Kuttner in their influential article (1992). Undoubtedly, money supply changes have become less useful in predicting the future path of nominal income as evidenced by a test developed by a Nobel Prize winning economist called the Granger Causality test.  This post will develop a simple model for the national income and us the Granger Causality test to statistically quantify the predictive power of money on nominal income with data from the 1990’s and 2000’s.  Unlike research from the 1960’s I find that money is still  statistically insignificant variable in predicting national income in the U.S.

Here are the results from a Granger-causuality test using data from 1990 to 2010 that I conducted:

The table where the dependent variable is Y represents the model used in this post which is exactly the same as the one used by Milton Friedman except with the most up to date data. One can reject the null-hypothesis that money does not cause income at the 5% significance level, but not at the 10% significance level.  It appears currently that the causal relationship between money and income is stronger than than it was during the late 70’s and 80’s but not as strong as it was during the 60’s and mid-70’s. 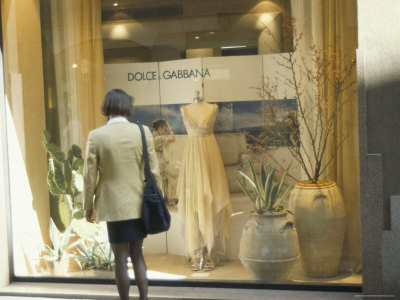 There is a clear relationship between income and consumption that is present across time.  Although an increase in income does not necessarily translate into an instant increase in consumption, there is lag between changes in income and corresponding changes in consumption.  Obvious examples are the loss of a job which can reduce income substantially, but it may take a while for some expenditures to change.  Loss of employment does not mean that car, mortgage, and credit card payments go away.  On the other hand, a raise/promotion raises a person’s personal disposable income, but it may take a while before a person actually reacts to this higher income level.  Clearly the relationship between income and consumption is there, but how do lags in consumer response come into the picture?  Do these lags in consumer response to changes in income cause biased estimates in their correlation?

The purpose of this post is to analyze the long term relationship between income and consumption in the United States.  Using monthly data from the Federal Reserve Bank of St. Louis between the periods of 1980 to July 2009, I estimate a pooled regression to identify the relationship between income and consumption.  Then I calculated the Error Correction Model to capture the lag in consumer response to build a better model and thus provide better insight into consumer spending as a function of income.  I find that there is a lag which dampens the consumption behavior of consumers after in increase in personal consumption expenditures.

After testing consumption and income at data at the levels one cannot reject the null hypothesis that they are a unit root process.  After taking the first difference of Personal Disposable Income (DPDI) and the second difference of Personal Consumption Expenditure (DDPCE) we can conclude that both series are stationary after those transformations. Recall that a stationary time series is needed for forecasting and hypothesis testing of time series data.

The graph above shows the second difference of Personal Consumption Expenditure which has a ADF test statistic of -13.46

The graph above is the firs difference of Disposable Personal Income is stationary given the ADF statistic of -2.29.

Showing Cointegration of Consumption and Income

We suspect that consumption is dependent on income, but we believe that consumption responds with a lag.  To express this idea formally the following equations will be a helpful introduction into the rigor of the error correction model.

1.  Define a linear combination of the suspected cointegrated variables at time t.

2.  Define a linear combination of a suspected cointegrated variable at time t-1.

The error correction model above is a regression on suspected cointegrated time series with the lag of the error term.  This error term captures the short run disturbances between changes in PCE and PDI.

What sign should the coefficient in front of the lag error term have?

The coefficient could be positive if a change in your income, such as losing a job, produces a lagged response in consumption.  You might not be able to adjust instantly so you consume some of your savings or begin to borrow.

A person gets a raise but does not immediately begin consuming.  The lag error term would serve to reduce the amount of expected consumption because of this behavior of waiting for a secure and permanent source of income.

The coefficient on LAGU is negative and statistically significant implying that changes in income don’t reflect automatic changes in consumption.  There is a countercyclical lag in the way consumer behave after increases or decreases in income. Given the rising income in the U.S. the lag in consumer response might be attributed to adjustments in spending after promotions and raises.